Perspective and Photography - Part 2: Human vs. Camera View, and Perspective Problems and Solutions

Here’s an example of exaggerated wide-angle perspective - Rhett House Inn in Beaufort, SC, and a simple adjustment in the computer to address the problem. 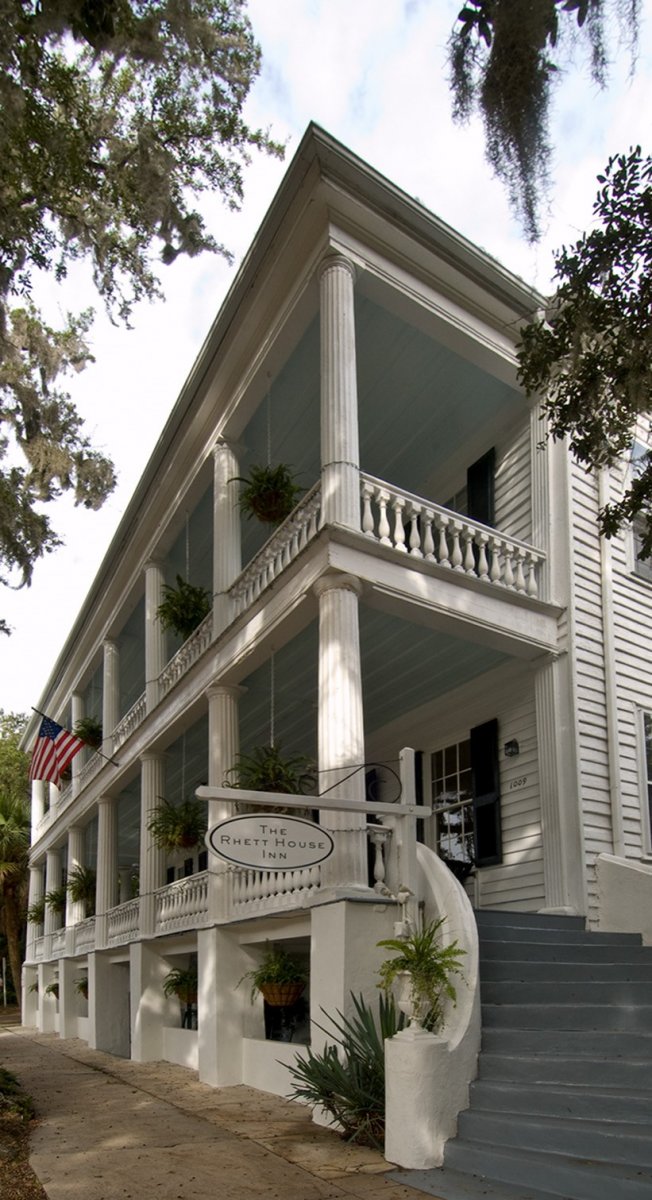 Human vision versus the camera’s point of view

Normal perspective is very subjective. It’s simply what we accept as being normal, or as representing reality. There are huge differences between human vision and camera perspective. Healthy human vision is binocular - stereoscopic (3-D) - but our camera uses only a single lens. Also, our eyes see a sharp image of only a few degrees of width and height in the Fovea, the small depression in the retina that’s central to our vision and has the highest visual acuity and strongest sense of color. Surrounding the fovea, the rest of the retina registers our peripheral vision in a manner considerably less bright and sharp, and our brain pays a lot less attention to it. And our eyes don’t take in the entire subject with one glance, but constantly move or scan the subject, building up a conceptual image in our brain.

The camera captures the lens’s entire field of view all at once, and the perspective and sharpness characteristics of the image probably won’t match our human experience. For example, extended or very shallow depth of field, or very wide or narrow photographic views are probably not how we think we see the subject, but those may be effective photo techniques with strong visual impact. One big difference comes from our eyeballs being spherical, so the image seen is on our three-dimensional curved retinas, versus the camera with its flat, two-dimensional film or sensor plane. The sensor’s flat plane adds to distortion, especially toward the edges and corners of the image.

So, our live vision is seldom interpreted as having exaggerated or too-strong perspective, but our photos taken when the camera is close to the subject give us exactly that. As a rule of thumb, a lens with a focal length approximately equal to the diagonal of the film/sensor yields a normal perspective, i.e., what we might accept as being normal. A shorter focal length lens (wide-angle) may allow us to get closer or to avoid backing up to get the subject all in the frame. But being close may give an exaggerated perspective. And a telephoto lens gives a flatter perspective. Don’t simply blame your lenses. Exaggerated perspective is our own fault for being too close or maybe too far away (though shooting from that spot may be the only option). The wide-angle lens just allows us to capture the whole image from that close, but with a price in perspective. Similarly, the long lens extracts a price. There ain’t no free lunch.

We have reviewed some ideas you learned in school and introduced a few other concepts. To wrap up our introduction to perspective, let’s talk about three-point perspective.

Three-point perspective is rarely taught in art classes, but your camera is a master at capturing it! This means normal left/right convergence of horizontal parallel lines happening, plus the simultaneous convergence of vertical parallel lines (plumb lines) toward the top if the camera was tipped-up when you made the exposure. This makes buildings, telephone poles, etc., look like they are falling over backwards. This is a natural and explainable phenomenon, but it may be disturbing, distracting and unnatural looking, even unacceptable.

A few cameras include fixes for converging verticals in the camera. On the computer I use Photoshop, but most image processing software allows you to fix this. In Photoshop, the tool is called “Free Transform,” which may only be used on a duplicate layer, not on the basic “background” layer. It allows you rotate the image, or to expand (stretch) the top of the image, l-to-r, and/or compress the bottom of the image, also l-to-r, until the converging verticals on the image appear to be plumb and parallel. Voila! Don’t over-correct the convergence. Buildings falling over forward are just as disturbing as falling over backwards or worse. For advanced users: first use lens correction (in Filter menu) to straighten subject lines bowed in or out (Pincushion or Barrel distortion) before correcting verticals. 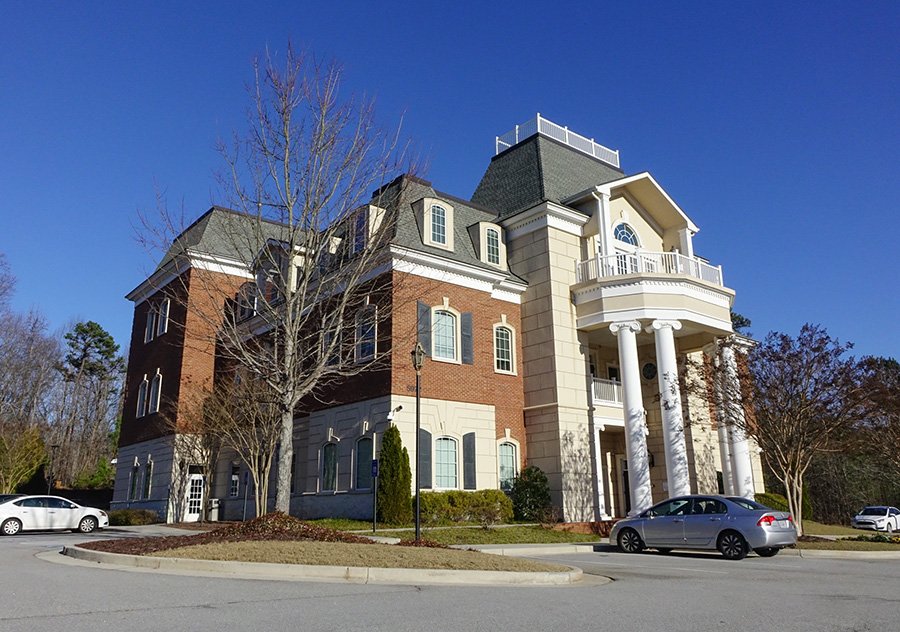 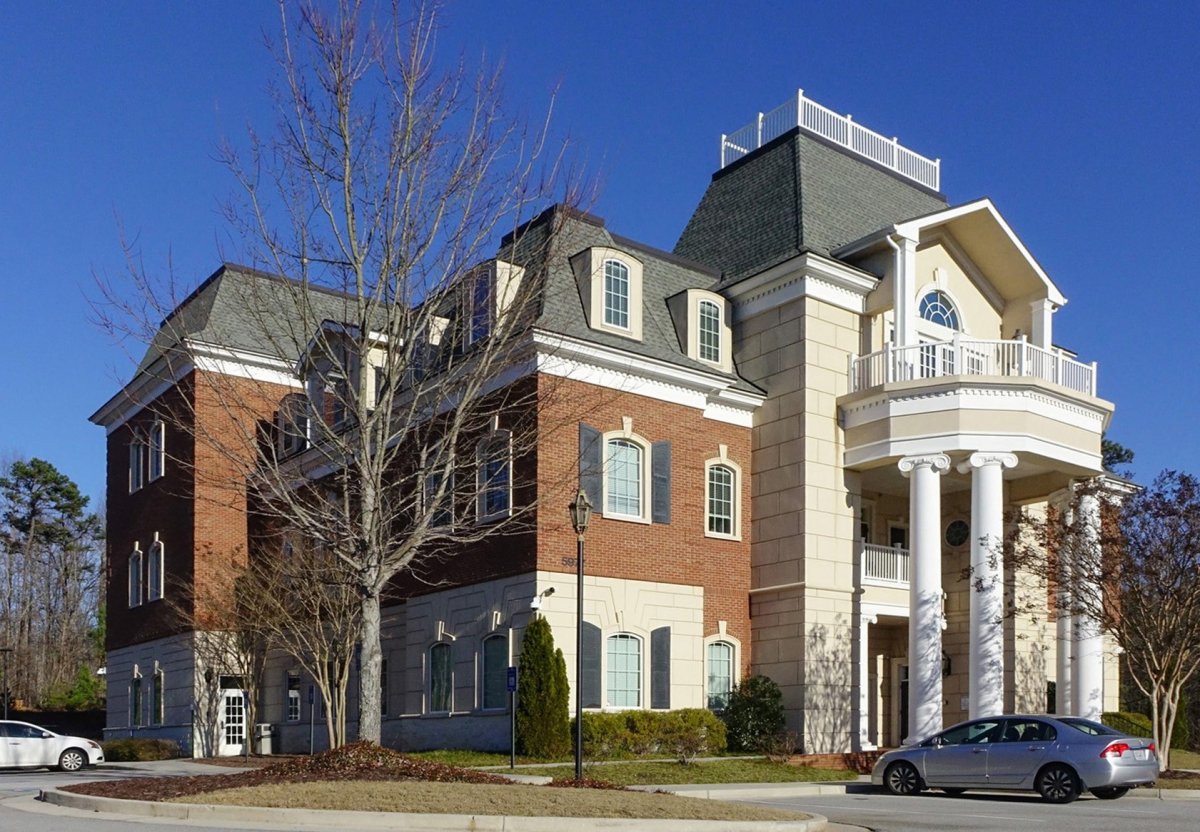 Why does three-point perspective look unnatural? I’ll postulate that our eyes just aren’t attuned to recognizing three-point perspective and converging verticals, in part because the inverted spherical shape of our retinas makes convergence less obvious, and because it happens outside of the fovea, so we don’t pay so much attention to it. Cameras, with their flat image plane don’t share that advantage. Plus, there are learning and social conditioning at work. We expect man-made vertical lines to be plumb, straight up and down and not converging, so our brains try to interpret views like cityscapes to be more-or-less plumb. We just don’t look hard enough to realize that it isn’t so! So, “correcting” converging verticals is often a good idea to make our images come closer to our expectations. Part of the problem is physiology and part psychology. That’s my theory and I’m sticking to it.

A little evidence of converging verticals showing in your photos may be OK, but too much begs for correction. When shooting, try to keep your camera level, or almost level, front-to-back and fully level side-to-side. Perhaps try turning the camera for a vertical capture, use a wide-angle lens and less camera tip-up, then crop off any excess foreground in the computer. Or, just back off if you can. Being too close worsens the convergence.

Categories: Tools of the Trade

Join our Meetup group to follow our scheduled competitions, programs, field trips and other club activities. 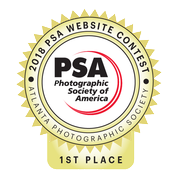 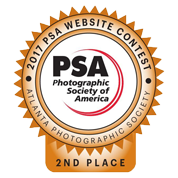