Triangles – Multiple subjects or centers of interest in an image often benefit when arranged as a triangle. This gives one’s eye an easy way to navigate around all the most interesting parts of an image. Triangles can also be a way to keep a complex image from being too busy - focusing attention on a limited number of image components - three.

It can often be difficult to achieve the same kind of controlled attention with two, or with four or more centers of interest. Thus, three objects, subjects, or centers of interest are usually easier to frame as a compelling composition. 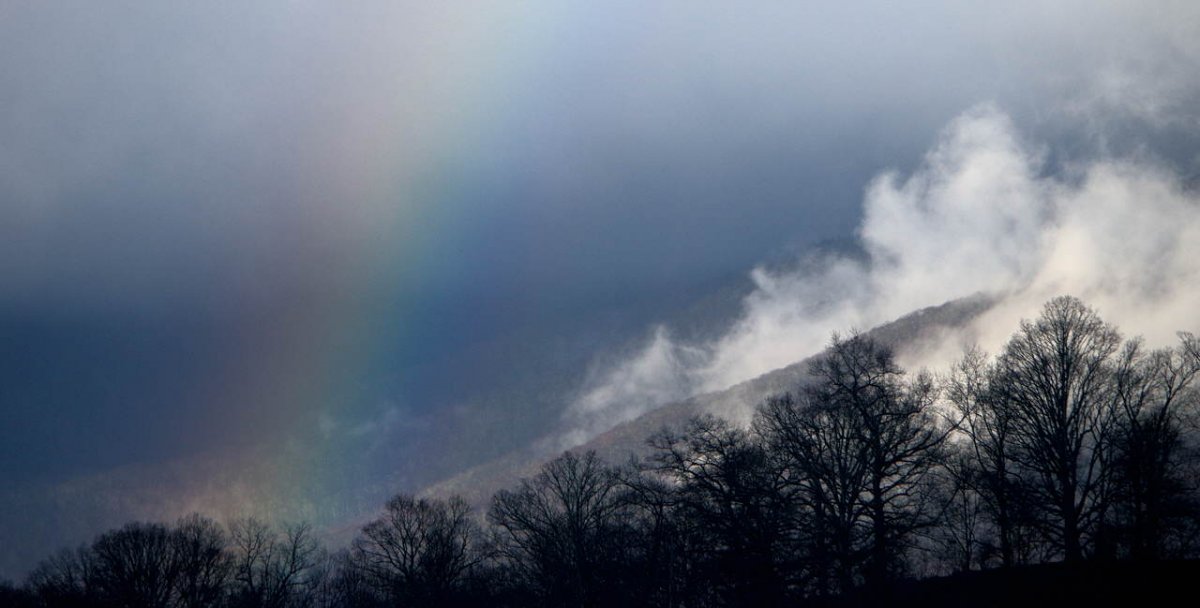 Diagonals, leading lines, and curves – Linear features and continuous curves in an image can be very useful to guide the viewer’s attention to important subjects or centers of interest. Diagonals and curves can also lend a dynamic sense of motion and depth to an image.

Our eyes tend to follow both lines and curves from end to end. Thus, critical image elements that are along, or at/near the ends of, a line or curve will tend to get noticed. Using diagonals, lines, and curves to help the viewer’s eye navigate to all important image elements is a great way to construct a compelling image.

The multitude of diagonal lines in Metro all lead to the headlamp of the oncoming train. While the train’s headlamp seems a tiny part of the whole image, the many diagonals make it the center of attention, both to the viewer and to the subway patrons waiting on the platform. 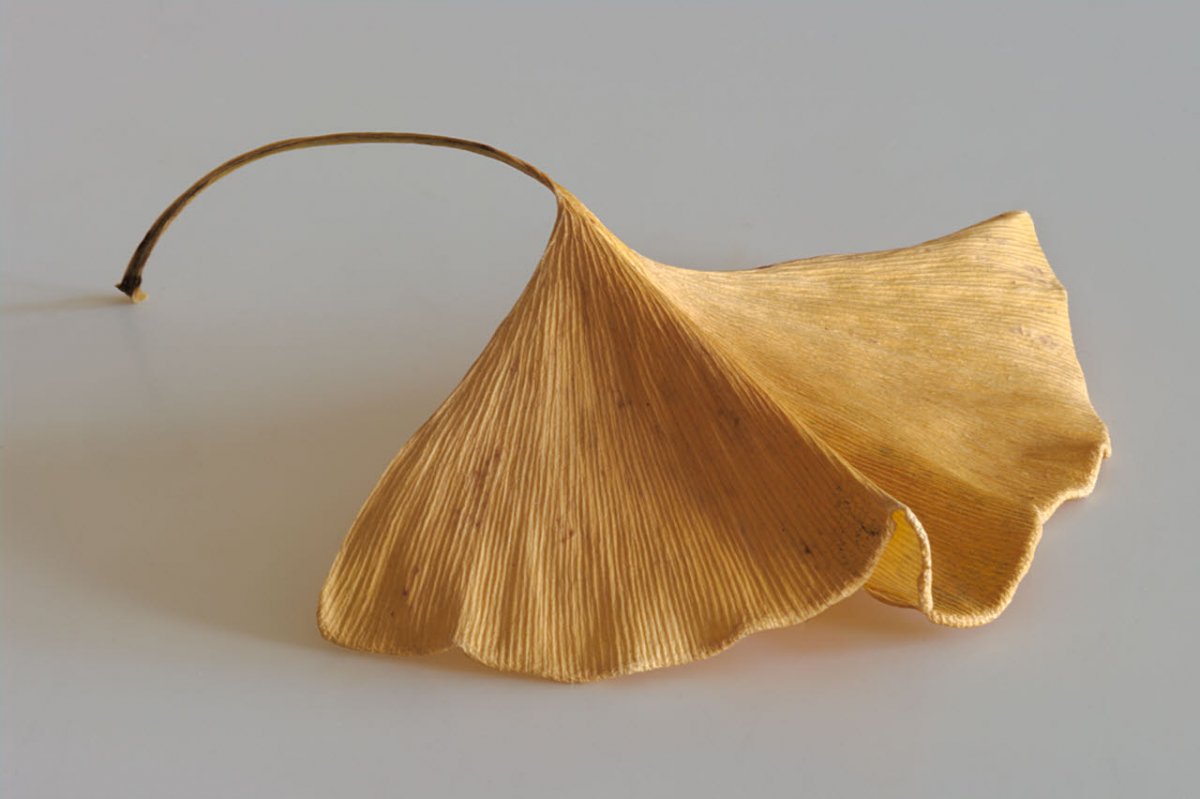 In Ginkgo Leaf... the curves of the stem and the end of the leaf connect with multiple lines (bottom and center or the leaf), all guiding the eye completely around and through the exquisite textures of the golden ginkgo leaf.

Patterns and Textures – Nature often presents us with interesting features that have no clear subject/center of interest. But the apparently featureless almost always includes either multiple random elements – what we call texture, or multiple repeating elements that we call pattern. Both can be very pleasing parts of an image, or even dominate the image. 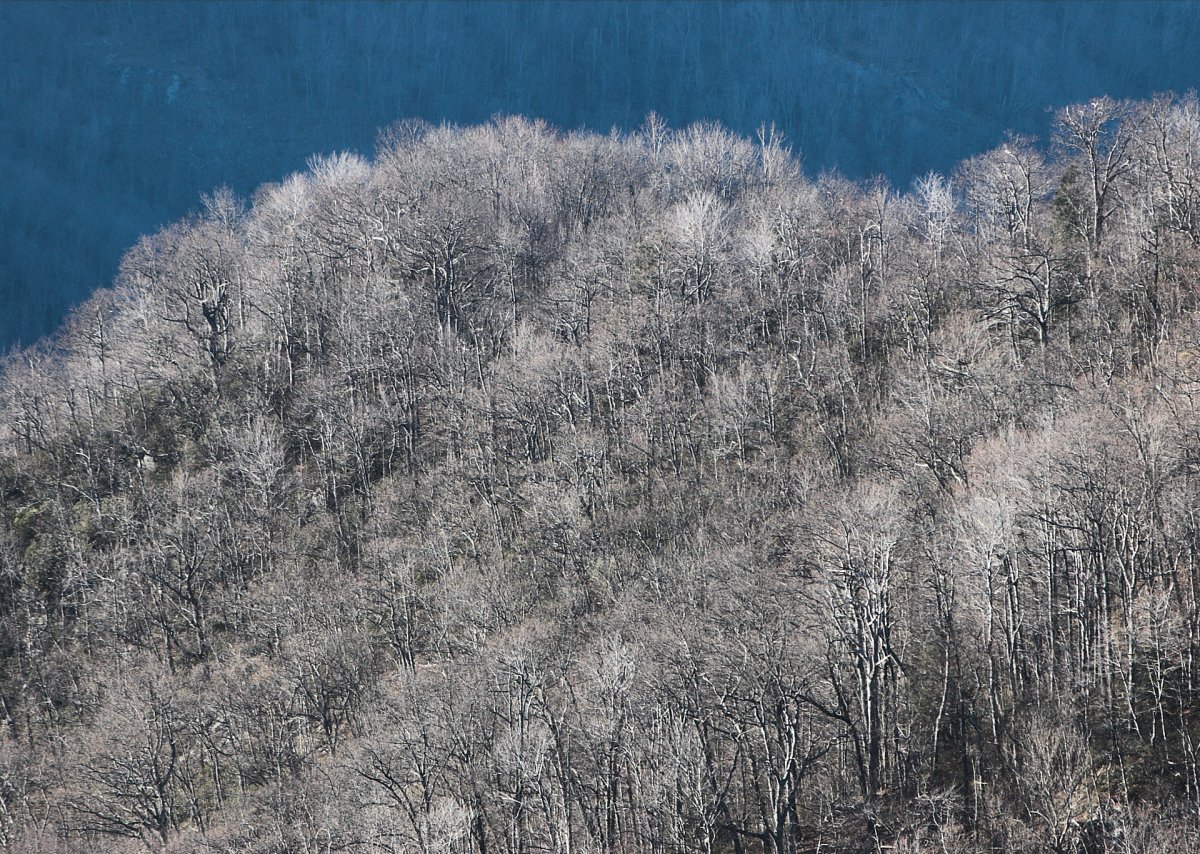 Winter Forest has no one definite subject. It has two main components: a forested mountain ridge in full sunlight, and a background mountain (no horizon) in deep shadow. Neither of these main features has an obvious center of interest. However, both have lovely light, warm on the ridge and cool on the background. And both are dominated by the beautiful, random texture of the forest’s trees.

Frame in a Frame – Frames are a long-standing way to ideally present paintings, other two-dimensional artworks, and our photographs. They set our images apart from the walls we display them on. And an appropriate frame enhances the impact of the photo.

Using a “natural frame,” something that’s a part of the image, to form an outline of main subject matter, can substantially enhance the appeal of that image. Sometimes this “frame in a frame” dominates and broadens the edges of an image. But it can also be smaller, or much smaller, accentuating some less dominant aspect. Two examples this time: one frame within a frame definitely dominant, and the other somewhat smaller. 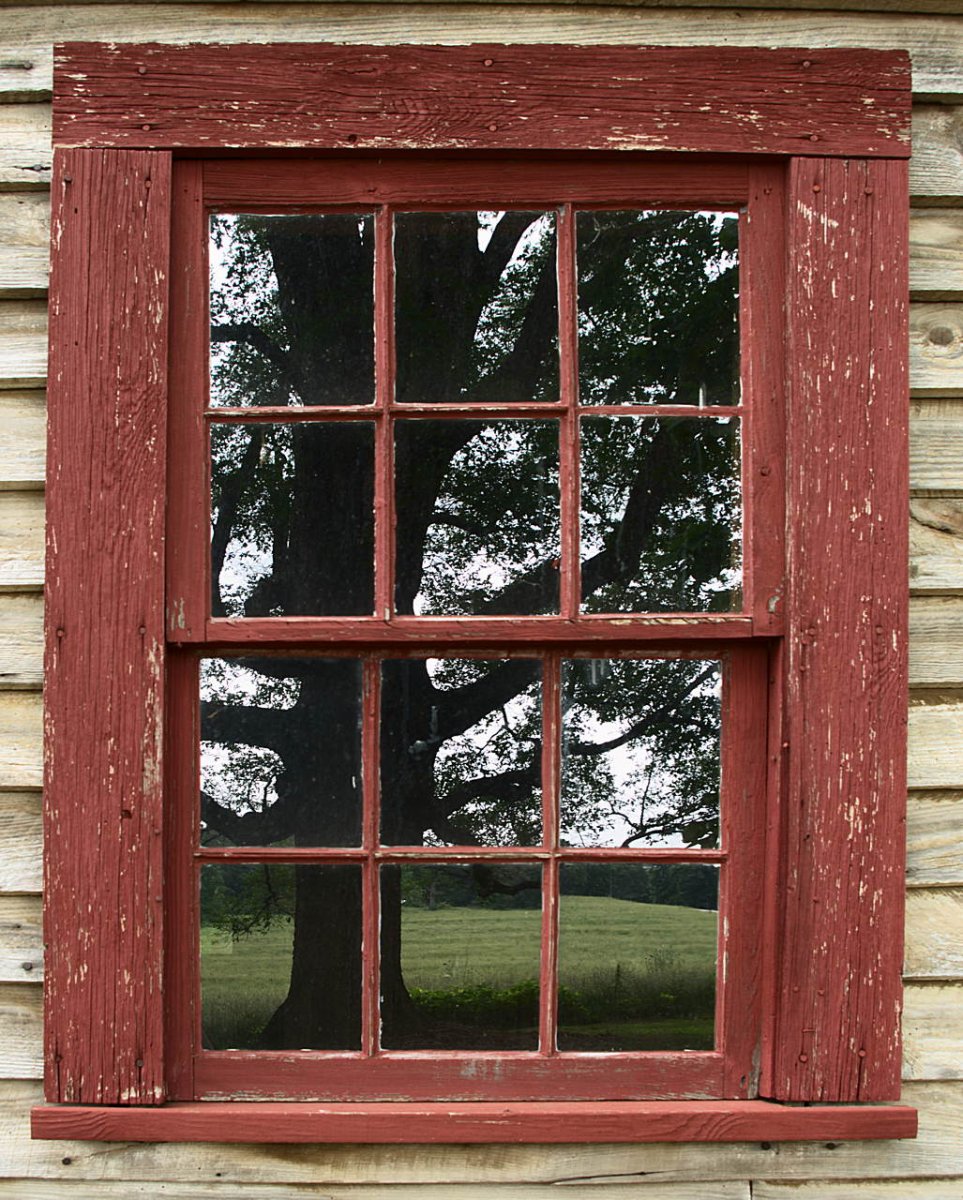 The red outdoor window frame in Oak Reflection serves as a large frame in a frame for the individual window lights, and each of those is a frame for different portions of the oak tree. Lots of frames going on here! 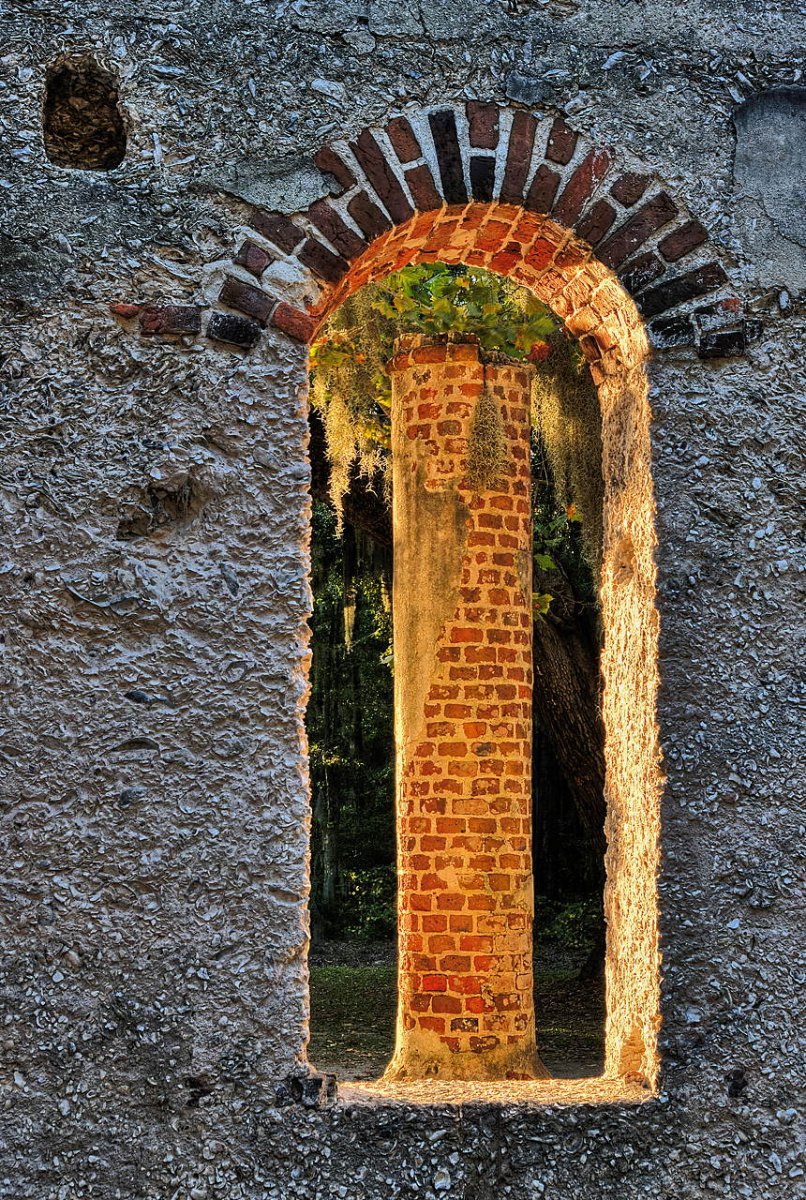 Column Through the Window by Jim Harrison (HM Open Competition 2015)

The arched masonry window in Column Through the Window frames the colorful, sunset lit brick column at the Chapel of Ease. It sets the column apart from the tabby construction wall which has its own distinct texture and cool, bluish lighting from the sky. I chose to have a large portion of the image as tabby wall to balance the bright, colorful column; hopefully emphasizing both about equally.

Multiple subjects – This photographer considers having more than one interesting thing to look at in an image to be a plus. As mentioned in “Triangles” above, three is often a generally pleasing number for subjects/centers of interest, while two, and more than three, are “doable” but usually more difficult to work with to achieve a compelling composition. I encourage all photographers to stretch their creativity by experimenting with multiple subjects in some of their images. 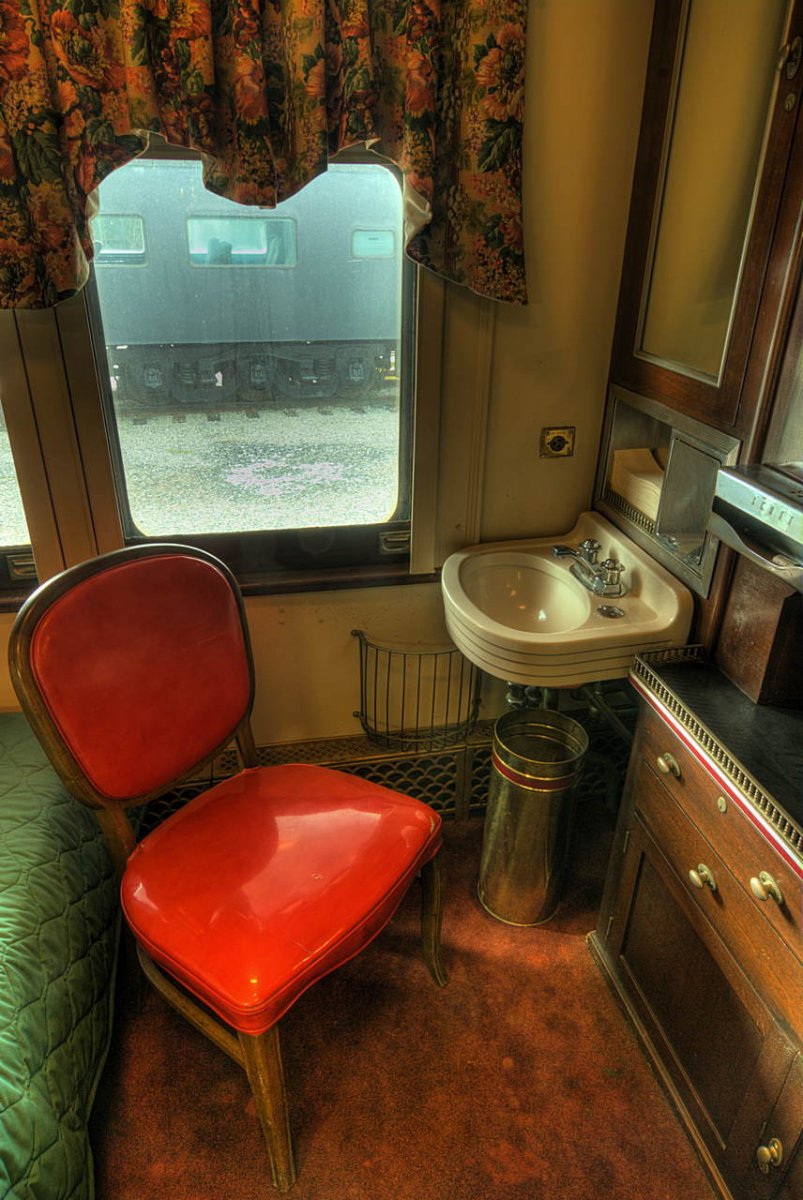 Deluxe Berth, shot at the train museum in Norcross, GA, emphasizes the chair, sink and window roughly equally. They are all subjects in this image. The viewer’s eye tends to visit each in turn, while also noticing and enjoying the many other textures and details: bed, drapes, floor, and others. To my aesthetic sense, the real subject of the image is the whole – the deluxe berth. 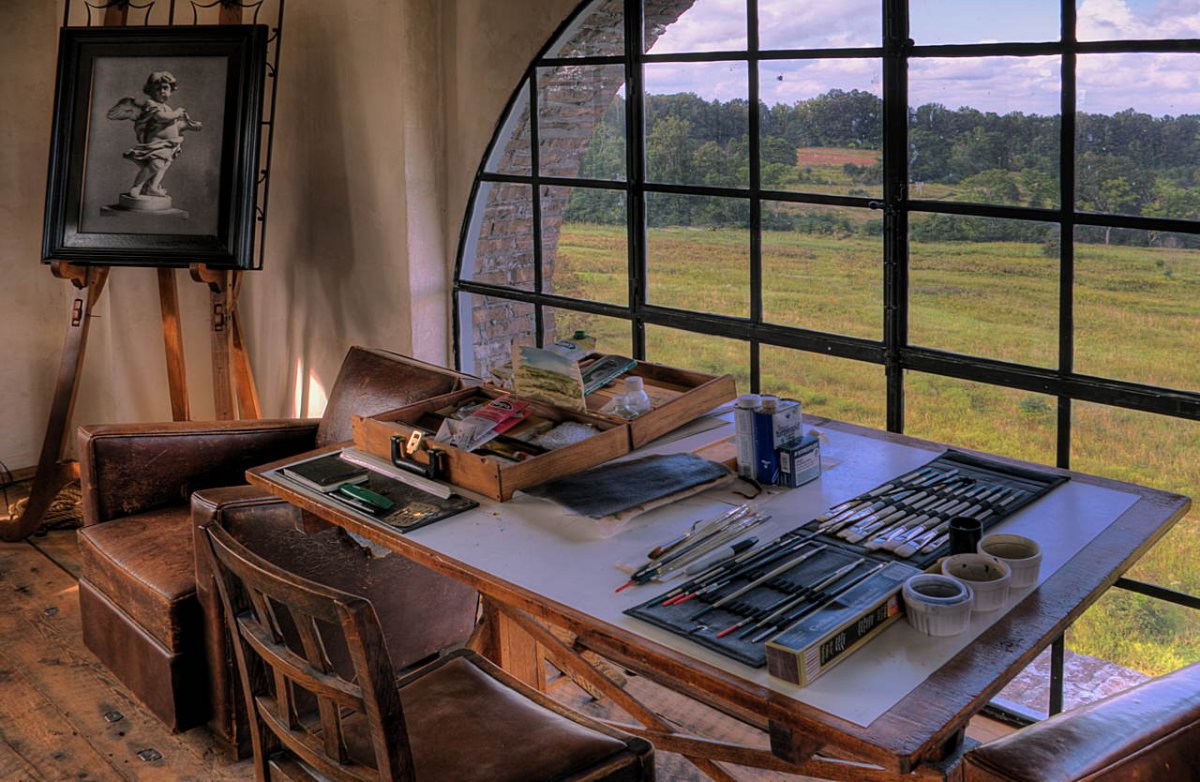 The main subject in The Artist’s Table is clearly the “cluttered but organized” table and its contents. The “secondary” subjects are the painting of the cherub in the corner and the pastoral scene through the window. Triangles and leading lines connect all the subjects.

Combinations – Any and all of the approaches, rules, guides and suggestions discussed so far are fair game to use together in designing, or finding, a great composition. The possibilities are limited only by the bounds of a photographer’s imagination, creativity, and willingness to experiment. 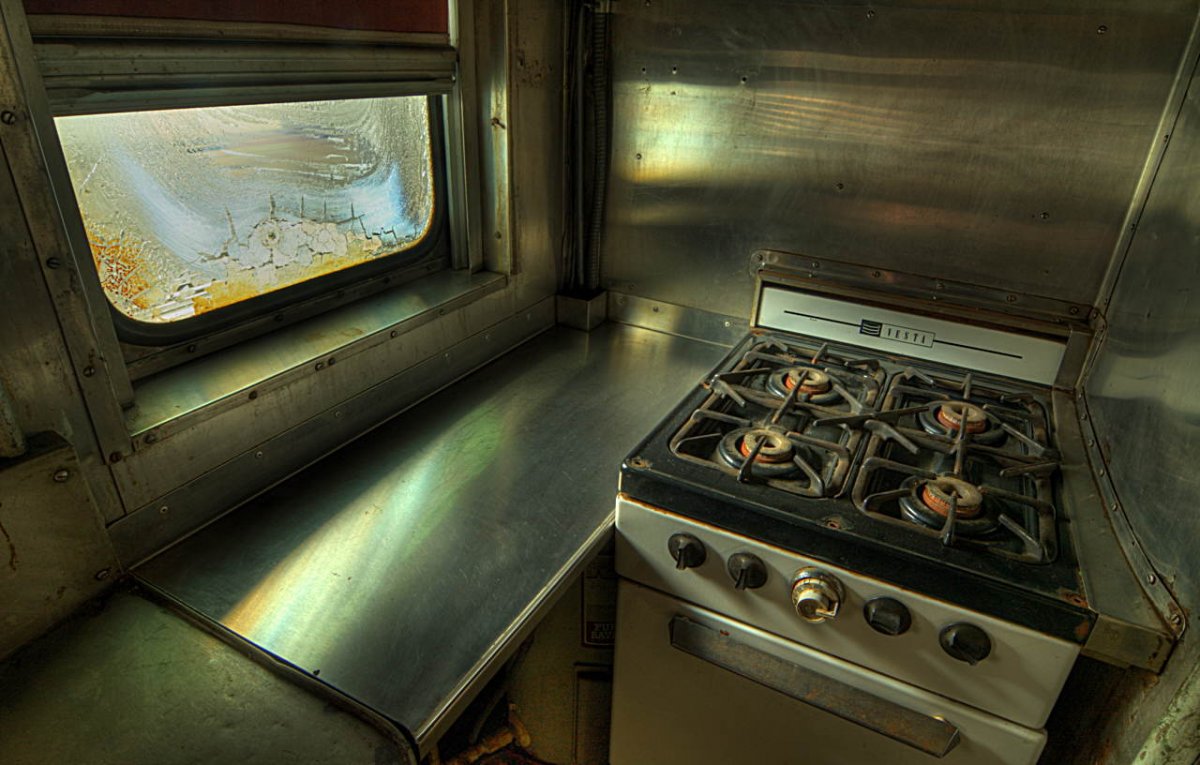 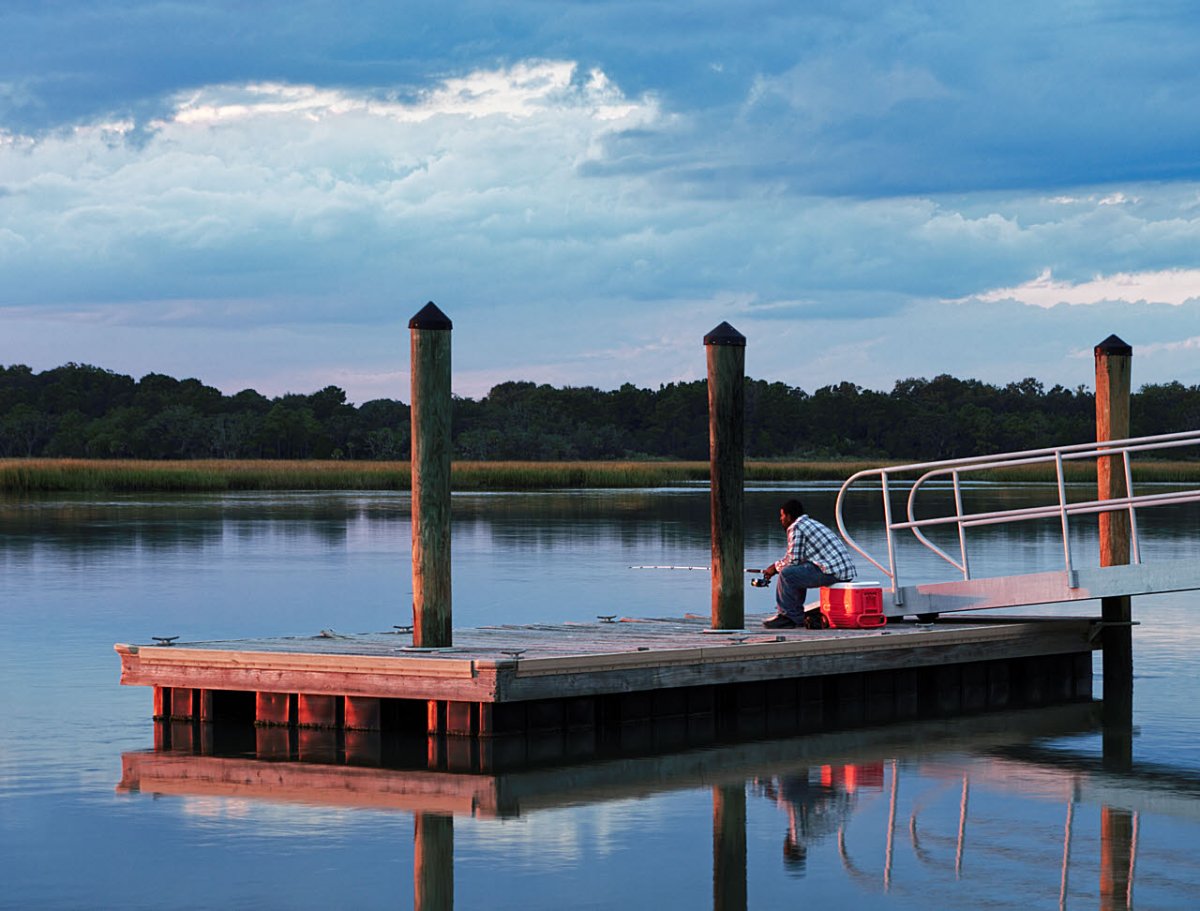 At first glance the composition of Gone Fish’in seems simple; the fisherman placed at the lower right “rule of thirds.” But there is a lot more going on in the image, and in its composition. The bright “eyes in the clouds,” warm-orange dock edge, and fisherman/orange cooler make a nice triangle of highlights. The central dock posts outline a “frame in frame” of just the water, marsh, trees and low clouds. And the dimensions/location of that frame are close to the “golden mean.” What other combinations of composition approaches do you see?

For a great read on constructing compelling images I recommend: The Photographer's Eye: Composition and Design for Better Digital Photos (2007) by Michael Freeman.

Introduction to Composition -Part One

Tags: Jim HarrisonTools of the Trade