by Karen Johnson and Janerio Morgan

The Sweetwater Creek Meet-up started with great weather on a sunny Saturday afternoon. We met at a later time than usual to take advantage of the light. It's all about the light. The shadows can be very attractive late in the day when the sunlight is not as harsh.

The Mill Ruins and Nearby

Seven members and two new-comers comprised our group. Starting out on the White Trail, we strolled down to the creek, headed to the Mill Ruins. Along the way, Janerio took the opportunity to point out some of the best locations and points of interest, such as the Mill and the Raceway. These Ruins were once a cotton mill that was burned in the Civil War.  Clothing and other materials were manufactured from 1849-1864, including uniforms for the Confederate Army.  Just a few short years ago, scenes from The Hunger Games were filmed here.

The old mill is currently being preserved so that we can enjoy this piece of history for years to come.  It is not as structurally sound as in years past and therefore is secure from the public.  If you look closely, you can see graffiti from visitors on past trips. 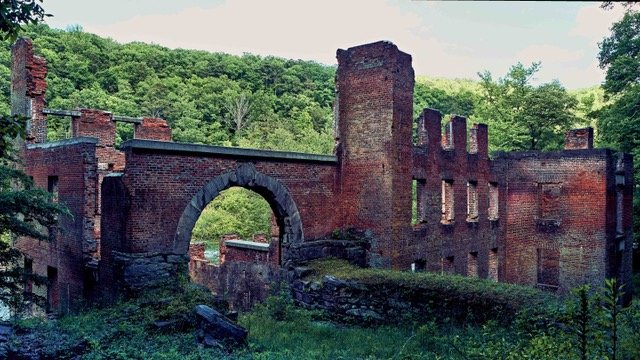 The Mill Ruins by Paiboon Srikanchana 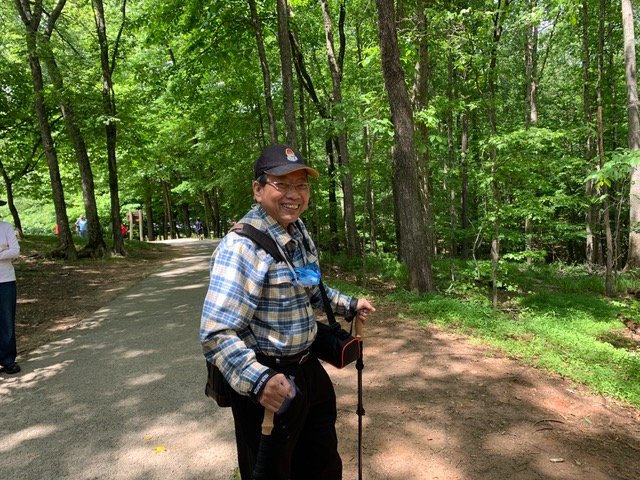 Arriving at the Mill, the group split up to find individualized inspirational compositions.  Part of the group found their inspiration along the Mill raceway while the rest walked down the long stairway to the base of the Mill, at the creek’s edge.  This trail provides the closest positions from which to shoot the rolling water.  At flood stage the trail is washed out, but when exposed it is an amazing hike. 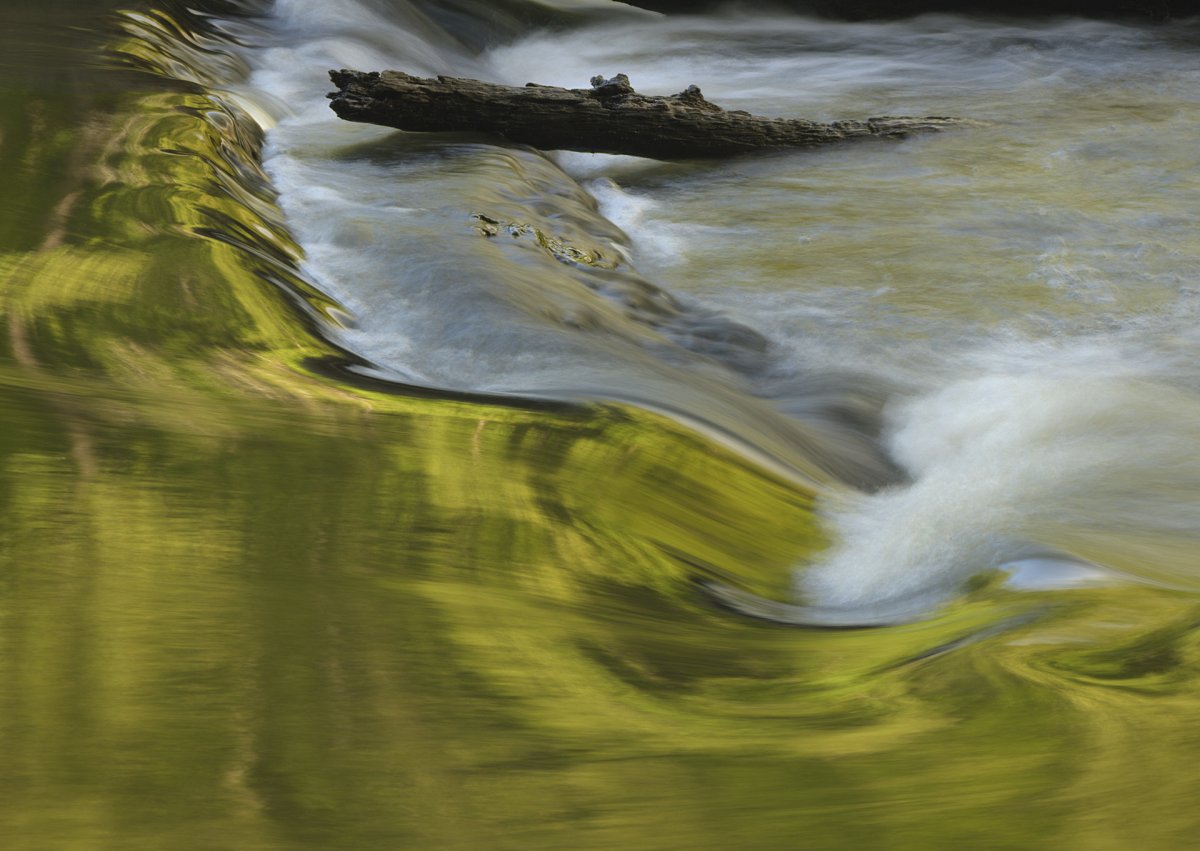 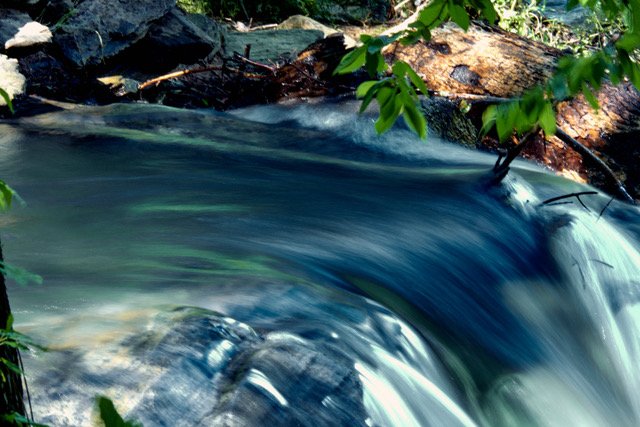 After shooting from the edge, a few members walked farther down the Red Trail, which offered photographers different views, including the large boulders that allow one to 'walk' out into the creek for a new vantage point. 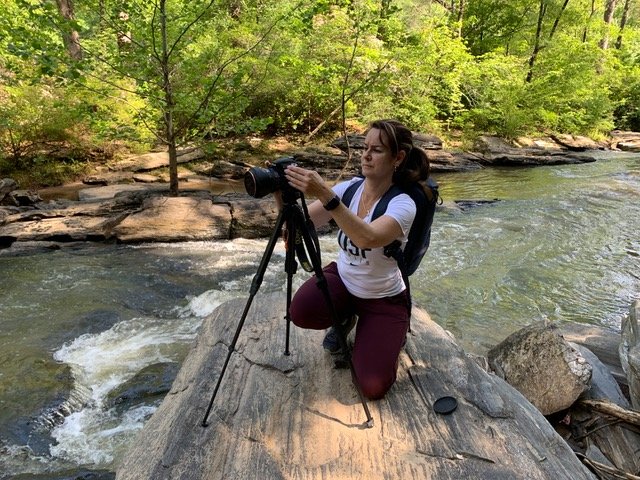 On the Creek by Janerio Morgan

As the day progressed, members were offered the opportunity to hike to the Falls.  This is a beautiful walk, and two members make it all the way, while others hiked part way and back. A couple of surprises were spotted, wild blueberries and a peach tree! You never know what you will see in the woods. 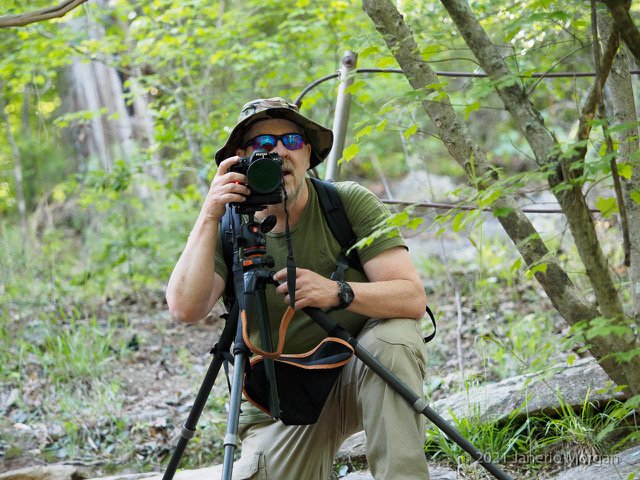 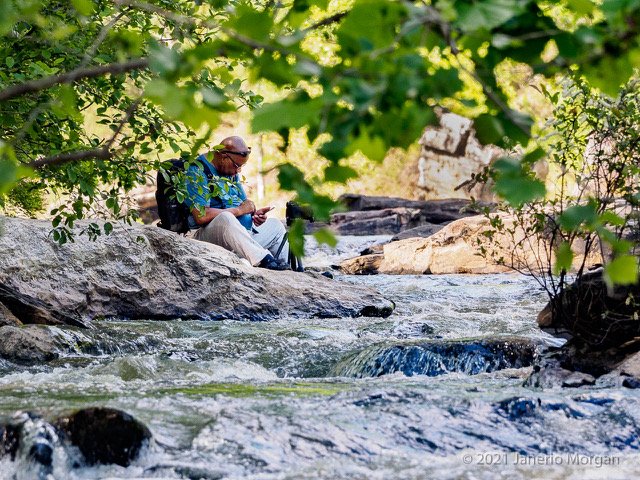 Photog John at the Creek's Edge by Janerio Morgan 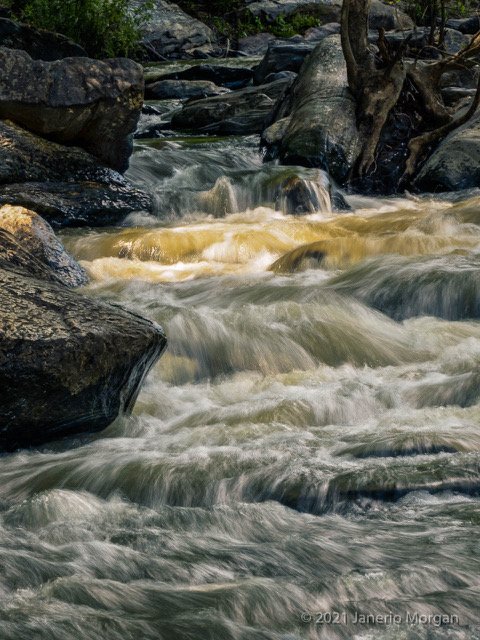 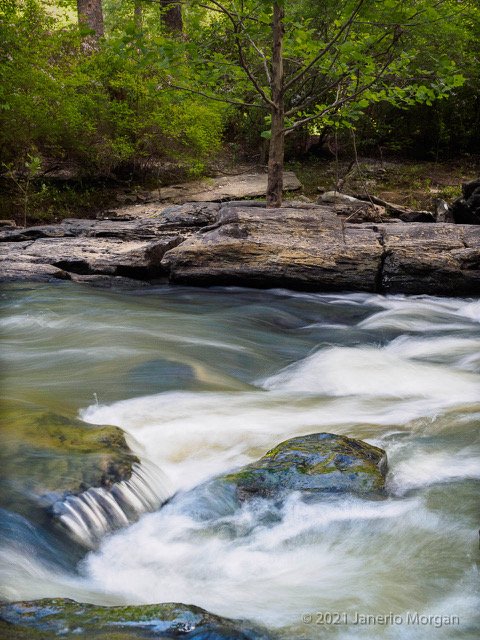 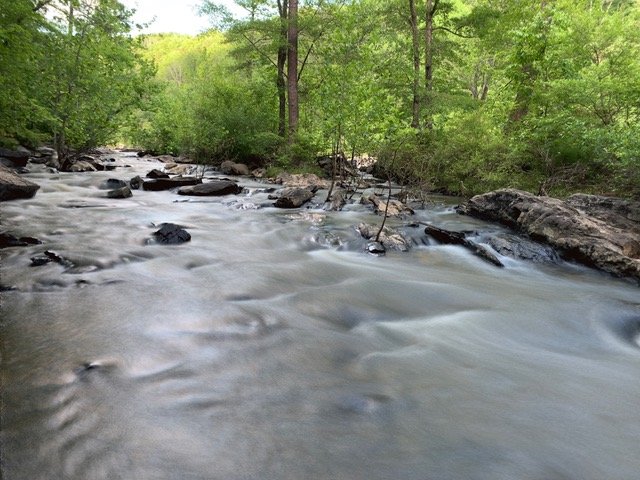 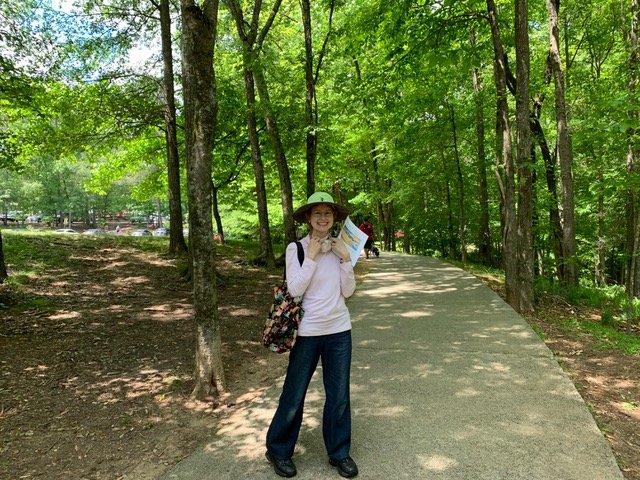 Enjoying the Day by Janerio Morgan

This workshop was another great time spent in the woods, walking the river, exploring the grounds for new and exciting images and spending time with others. Sharing this park with new photographers is as much fun as experiencing it for the first time. There is so much to shoot at this park you have to return many times to capture them all, and then there will always be something new.

We hope to see you next time, a good pair of shoes and camera in hand!